MUSEUM OF THE IONIAN UNIVERSITY
DIGITAL CULTURE AND ARTS COLLECTION 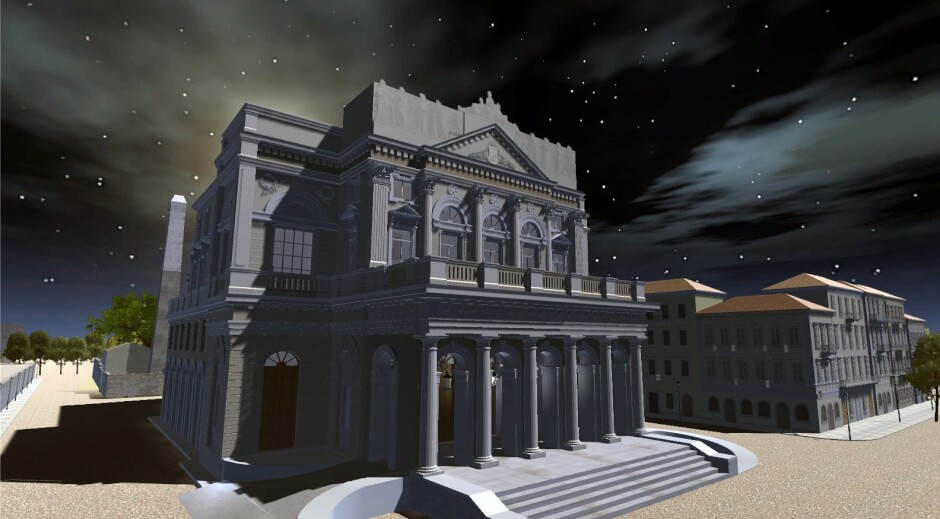 The Digital Culture and Arts Collection consists of virtual reality artworks drawing on three-dimensional (3D) modeling that attempt the representation of both the cultural and the natural/physical environment. These are selected objects and scenes of interest, whose significance is enhanced through the modern technologies of Virtual and Augmented Reality (cardboards / pyramid holograms / cave-like installations), as well through 3D designed and printed artifacts. In addition, the Collection includes novel artistic forms using audiovisual means of expression or employing processes sound and images.

The Museum of the Ionian University already has some experience in highlighting cultural elements by the use of virtual, augmented and mixed reality technologies. Without doubt, inspiration comes from the university’s very base: the Ionian islands have a rich, long history and cultural heritage.

What is more, virtual - augmented reality technologies are considered an excellent mean of highlighting both man-made and natural-environment.

The collection is supported by two research entities hosted by the Ionian University: the Network, Multimedia and Systems Security Laboratory (NMSLab) and the Department of Audio and Visual Arts.

To date, representations have been created in virtual reality for various parts of the Ionian Islands deemed of cultural interest (http://iivw.di.ionio.gr/). Emphasis has been placed principally on certain iconic buildings, which by their nature present particular difficulties since any representation of them must treat the monument not simply as a building structure, but also as a timeless vehicle of history and culture. Especially given that these are public buildings, museums, lighthouses, castles and fortresses and religious monuments. Another important endeavour here concerns those buildings that no longer exist, the main example being the Old Municipal Theater of Corfu, a structure destroyed during World War II. This theater was represented via a virtual reality application, based on archival material and photographs of the time.

Another project, "Ionian Islands Virtual World", is designed by undergraduate and graduate students of NMSlab, who have created three-dimensional virtual representations of various historic buildings, museums, monuments and natural landscape from Ithaca, Cephalonia, Zakynthos, Lefkada, and Paxos. The goal initially was the tourist promotion of the Ionian Islands – this eventually adopted the shape of a cultural promotion platform dedicated to the unique identity of the wider region, and its inhabitants. Typical examples of this are the three-dimensional virtual representation are of course Villa Rossa, the Municipal Theater of Corfu, the Town Hall Square and several other key landmarks of Corfu and the other Ionian Islands.

Beyond highlighting the cultural wealth of the region, these representations can also assist with various other undertakings namely research and education. They also help to attract a high level of visitors, who in turn may act as ambassadors of local culture. A key additional parameter/factor here is the inherent support given to various vulnerable groups, for instance people with disabilities, considering that these technologies allow in many cases to overcome (for instance, access to people with mobility problems).