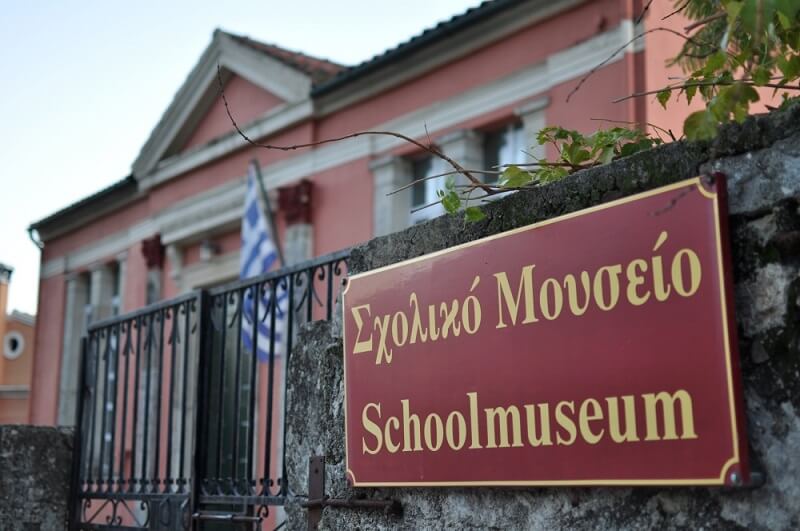 The Collection of School History and Education consists of original objects and archival material connected to the school equipment and the operation of the schools around Corfu and used for the education of earlier generations of schoolgoers (until the end of the 20th century). In addition, research interests highlighted throughout the collection have to do with issues of educational policy, history of education, as well as language teaching. This Collection also includes the School Museum of Corfu, located at Skripero.

The School Museum of Corfu was created in 2008, following the initiative of a retired primary education teacher, George Priftis. The Museum is located in the municipal district of Skripero, belonging to the Municipality of Central Corfu and is housed in the former Primary School there. This building was constructed at beginning of the 20th century, with state expenses and through the donations of Andreas Syggros.

The museum consists of 3 rooms, one large and two smaller ones. The large hall replicates a classroom of an older school with all the objects used, such as the teacher's chair, students' desks, the chalkboard, the bell, the rod, etc. Much of the collection was donated by/originates in donations made by schools from the region and people in the local community but also from material already found at the Elementary School of Skripero. The overarching theme here is the revival of the educational space and also, education methods across the 20th century. The essential goal is experiential learning, imparting to visitors a sense of being present in a school class of the last century, offering new experiences to the younger visitors, or bringing back memories for the older ones.