MUSEUM OF THE IONIAN UNIVERSITY
POLYGRAPHS 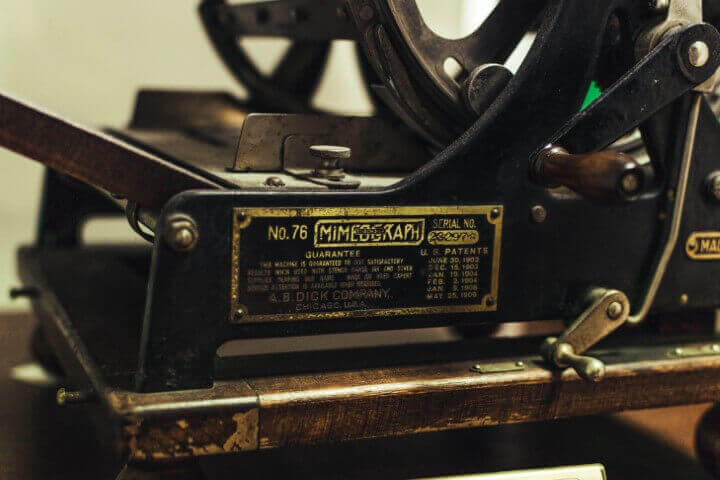 The polygraph, one of the most important inventions of the 19th century, was a device that produced copies identical to an original text. In the early 19th century, its operation was fairly simple originally, a process of connecting the pen held by the author to another pen, placed in parallel to the first pen. It thus mimicked the movements of the author of the text and a copy was created, which reproduced the graphic character of the author.

At the end of the 19th century, polygraphs were designed to serve reproduction happening at a more mass extent. As a result, it was also closely associated with typography in this sense. Polygraphs were therefore often converted into a specialized apparatus that required the use of a typewriter, or a rubber band engraved on a typewriter to reproduce copies.